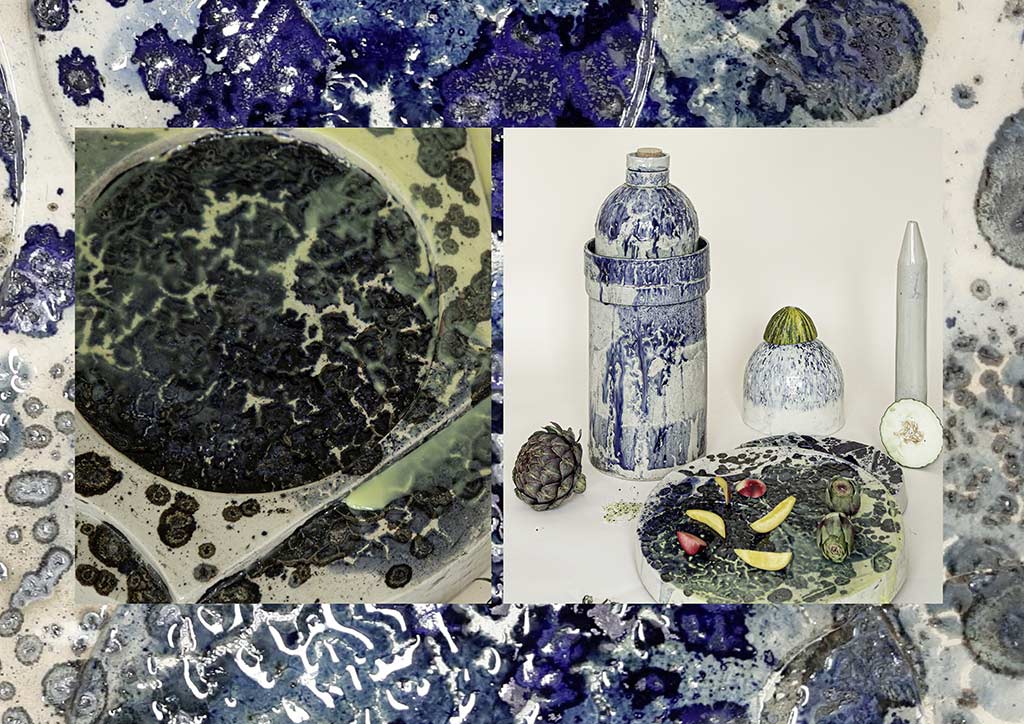 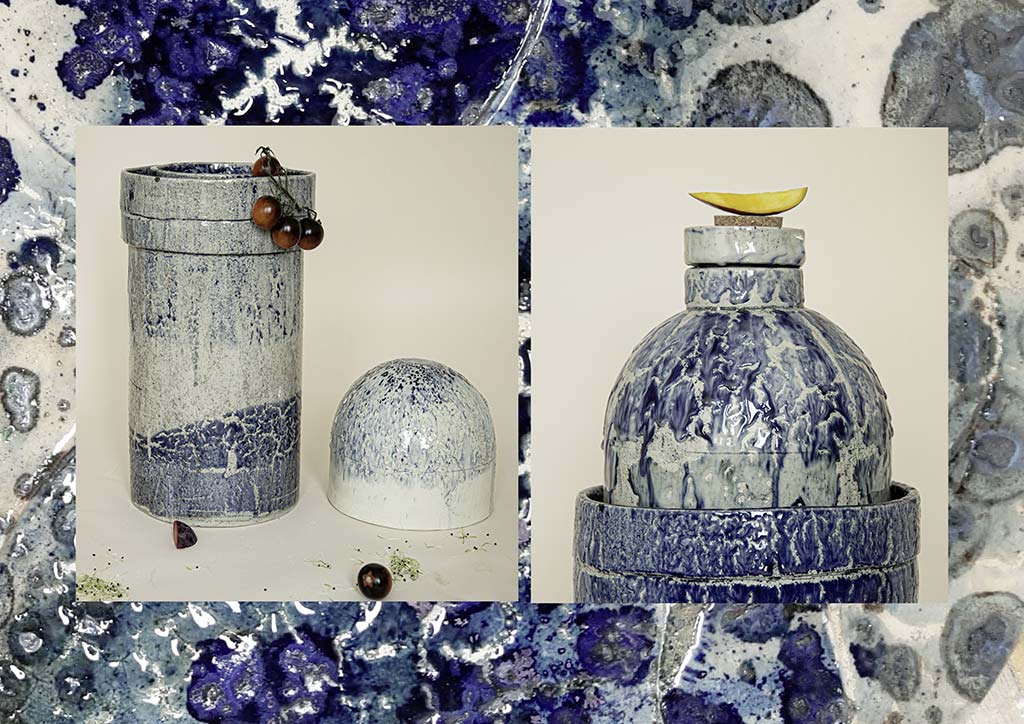 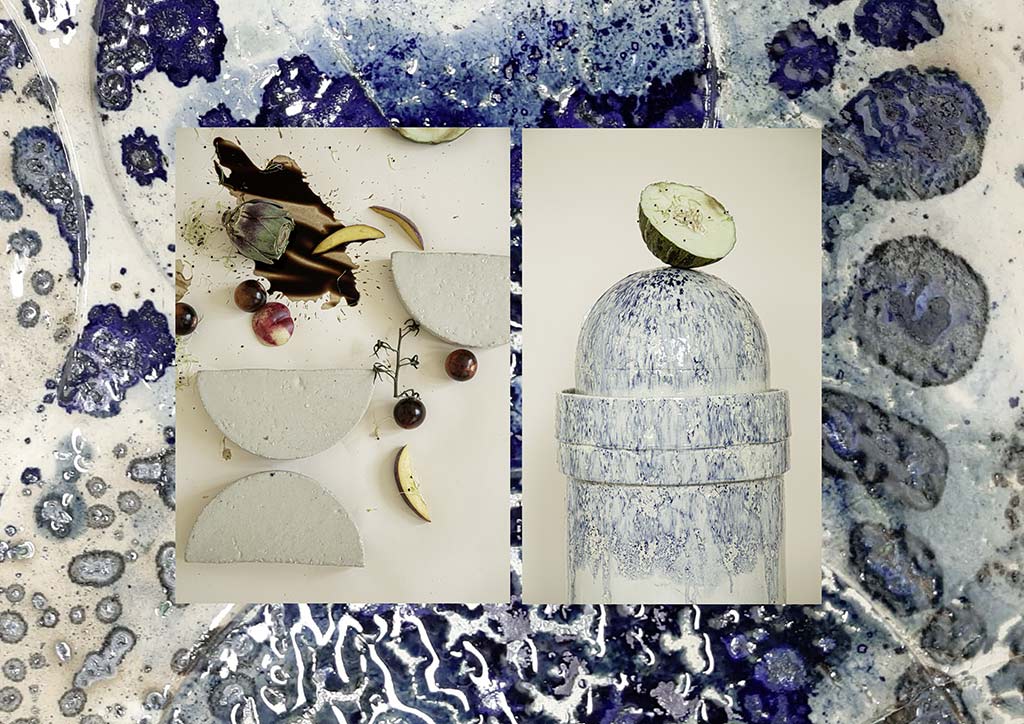 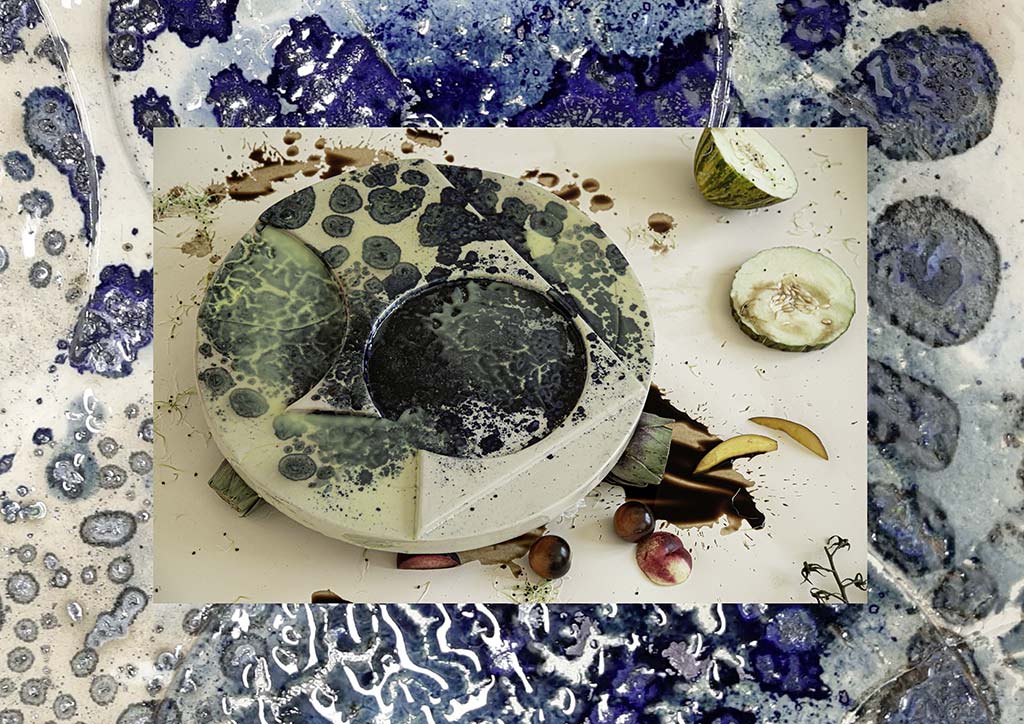 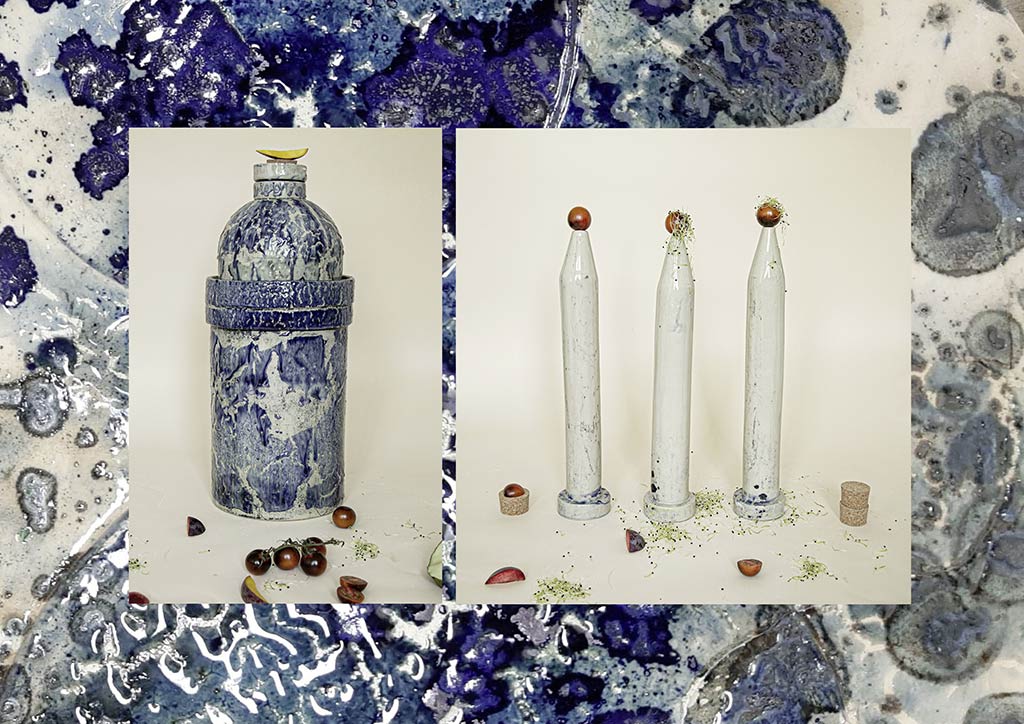 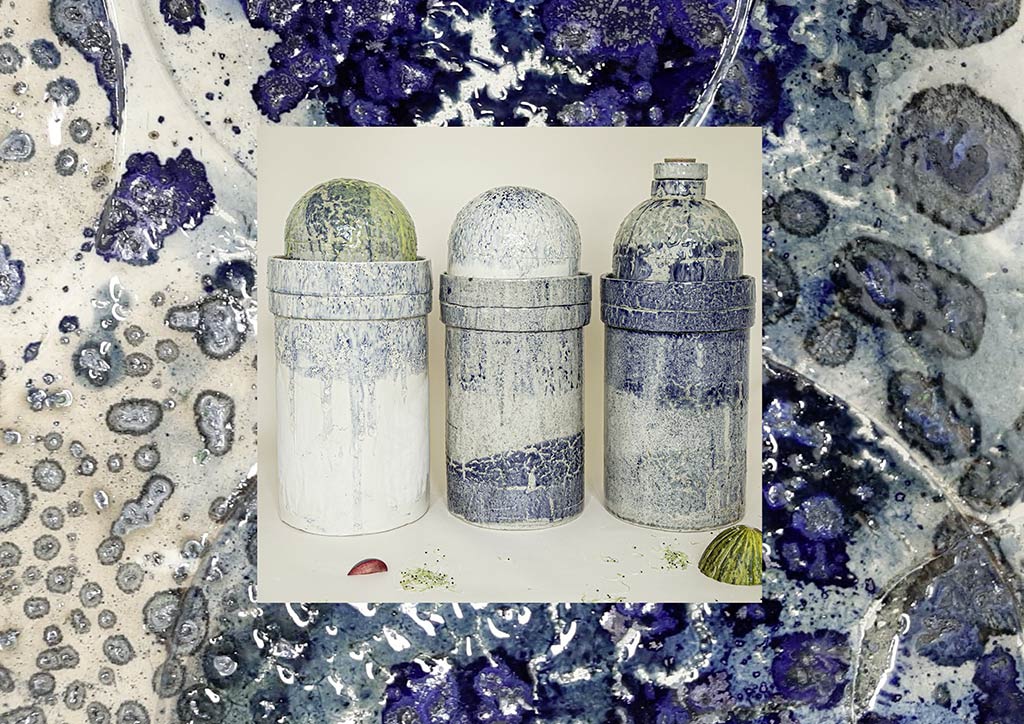 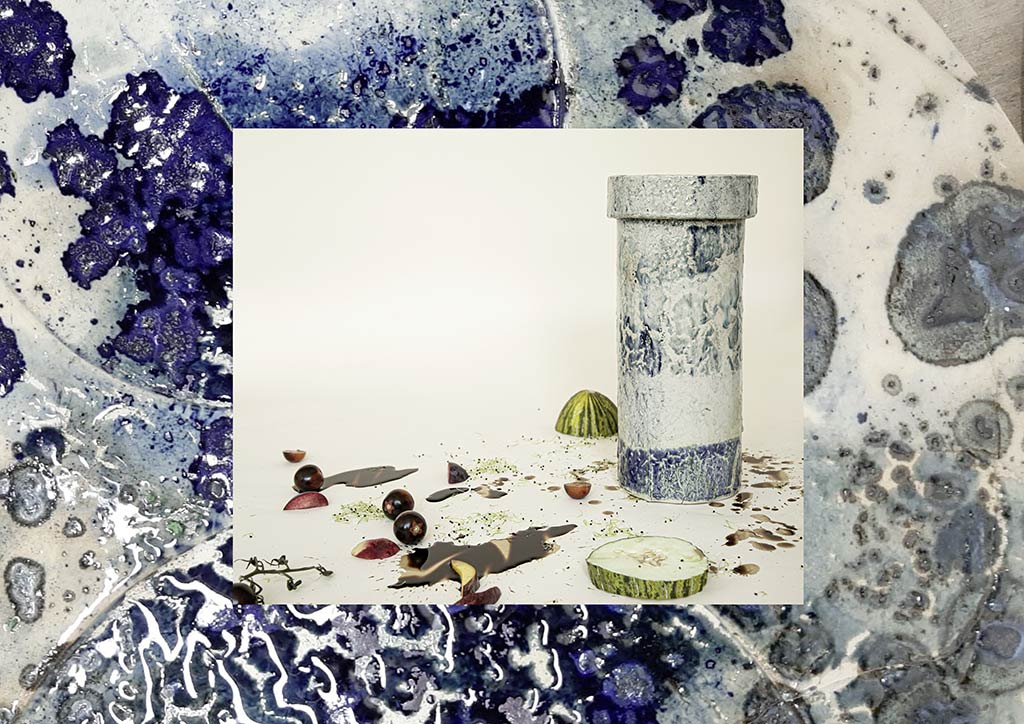 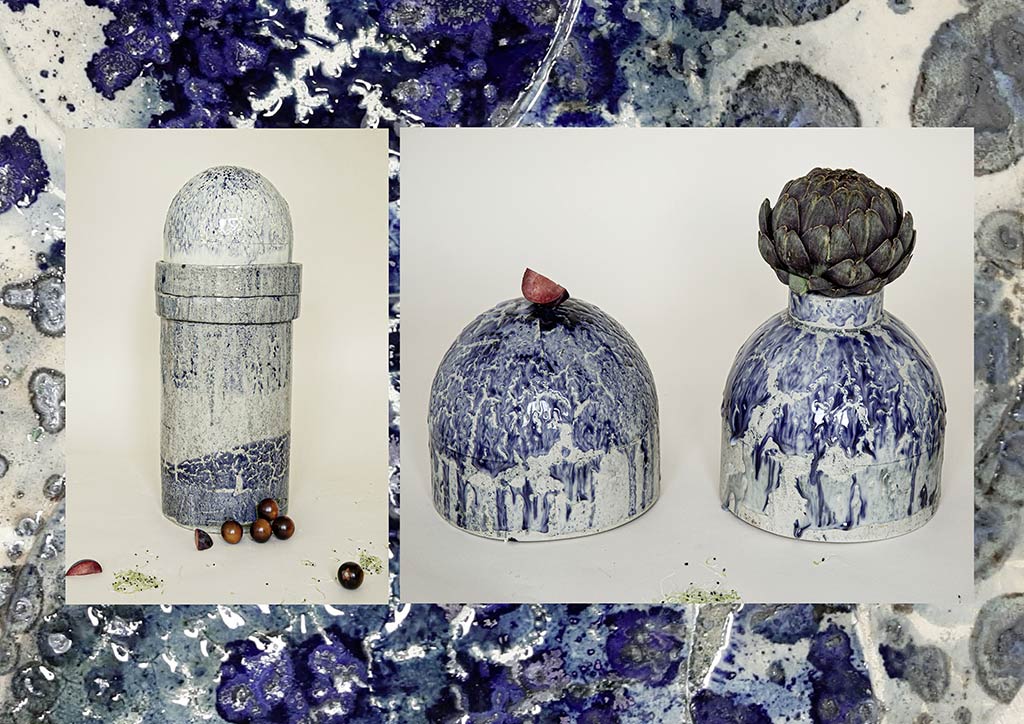 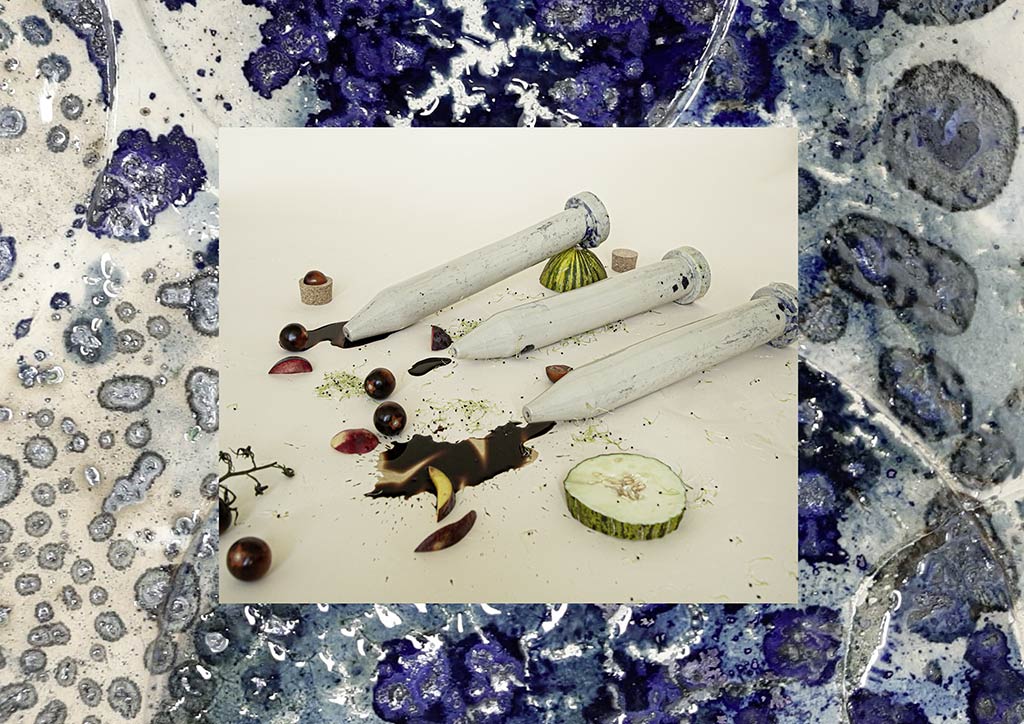 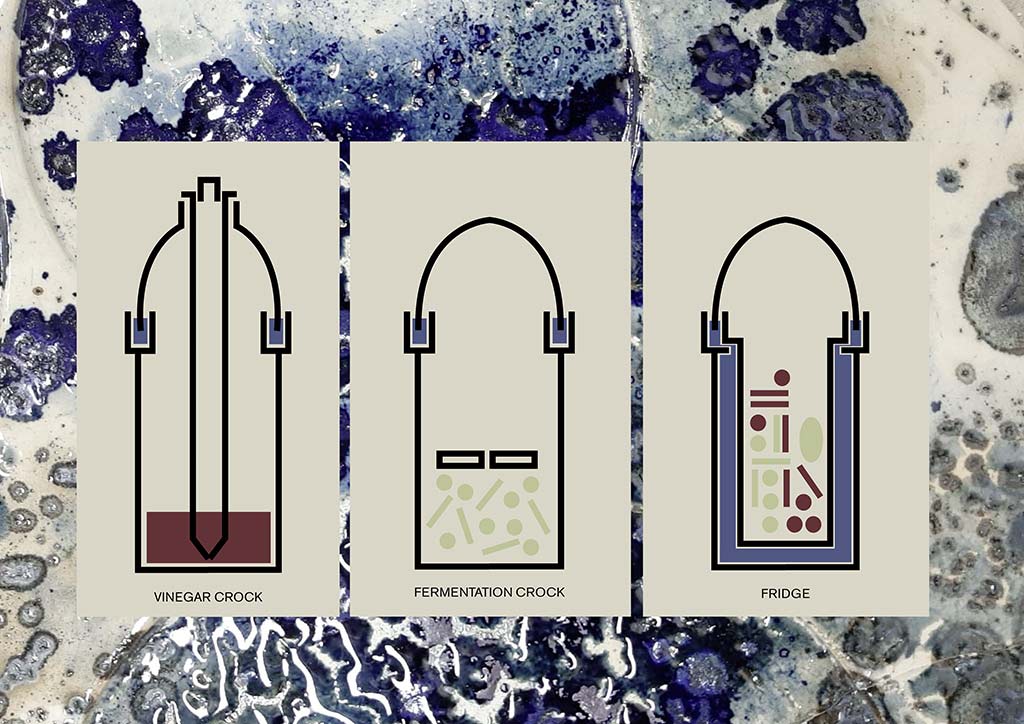 One shape_3 purposes:
a fermentation crock
a vinegar crock
a fridge

A project made during a residency at EKWC, The Netherlands.
Exhibited at Dutch Design Week 2020
DDW

Zymurgy_XXX: a cooking set using fermentation and the inherent properties of the ceramic material to transform food without the need of electricity nor fuel.

Humans have used fermentation to produce foodstuffs and beverages since the Neolithic age. It is considered the oldest metabolic pathway, suitable for an environment that does not yet have oxygen. Yeast, a form of fungus, occurs in almost any environment capable of supporting microbes, from the skins of fruits to the guts of insects and mammals in the deep ocean.

Food fermentation serves five main purposes:
To enrich the diet through development of a diversity of flavors, aromas, and textures in food substrates.
To preserve substantial amounts of food through lactic acid, alcohol, and acetic acid.
To enrich food substrates with protein, essential amino acids, and vitamins.
To eliminate antinutrients and to reduce cooking time and the associated use of electricity or fuel.

Zymurgy_fermentation crock: a lead filled with water to keep oxygen out, a set of heavy stones to keep vegetables at the bottom of the jar to allow a fermentation process

Zymurgy_vinegar jar: a lead filled with water to keep oxygen out, a crock to be filled up with wine remains and a large pipette to take out the wine turned into vinegar.

Zymurgy_fridge: a double sided jar filled up with water allowing vegetables and fruits preservation without the need of electricity by using the inherent cooling down properties of ceramic

Zymurgy_XXX: a cooking set whose visual aspects has been left to the power of fermentation and yeast in order to create the glazed patterns covering the ceramic jars.

Zymurgy_XXX: an ode to processes of transformation for living organisms with the ambitions to develop a design process that carefully negotiates the economical and environmental impact it generates on the long term. A design project that focuses on the values of the concept, not only with an outcome but within the complete creative process.

zymurgy from the Greek: ζύμωσις+ἔργον: the workings of fermentation