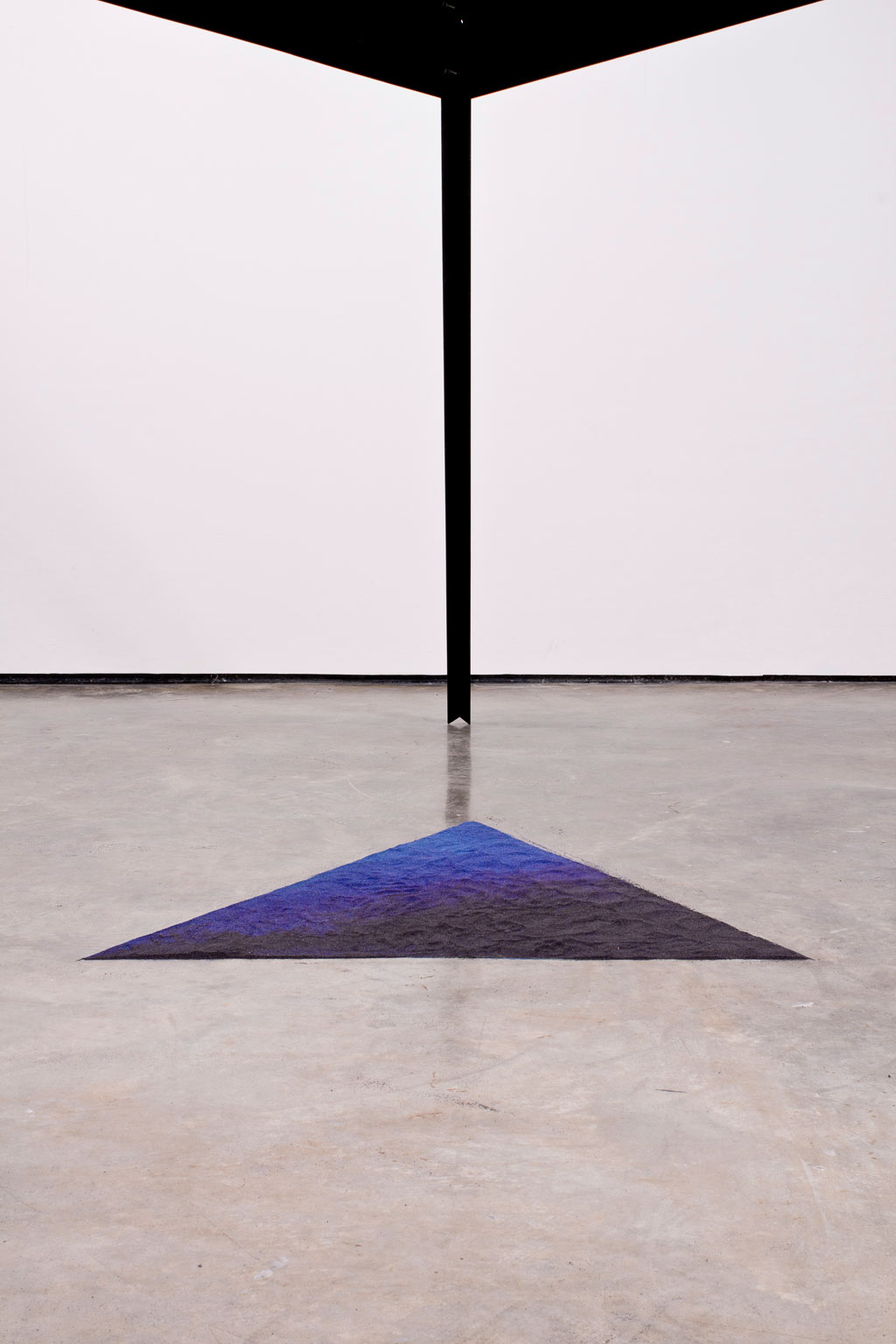 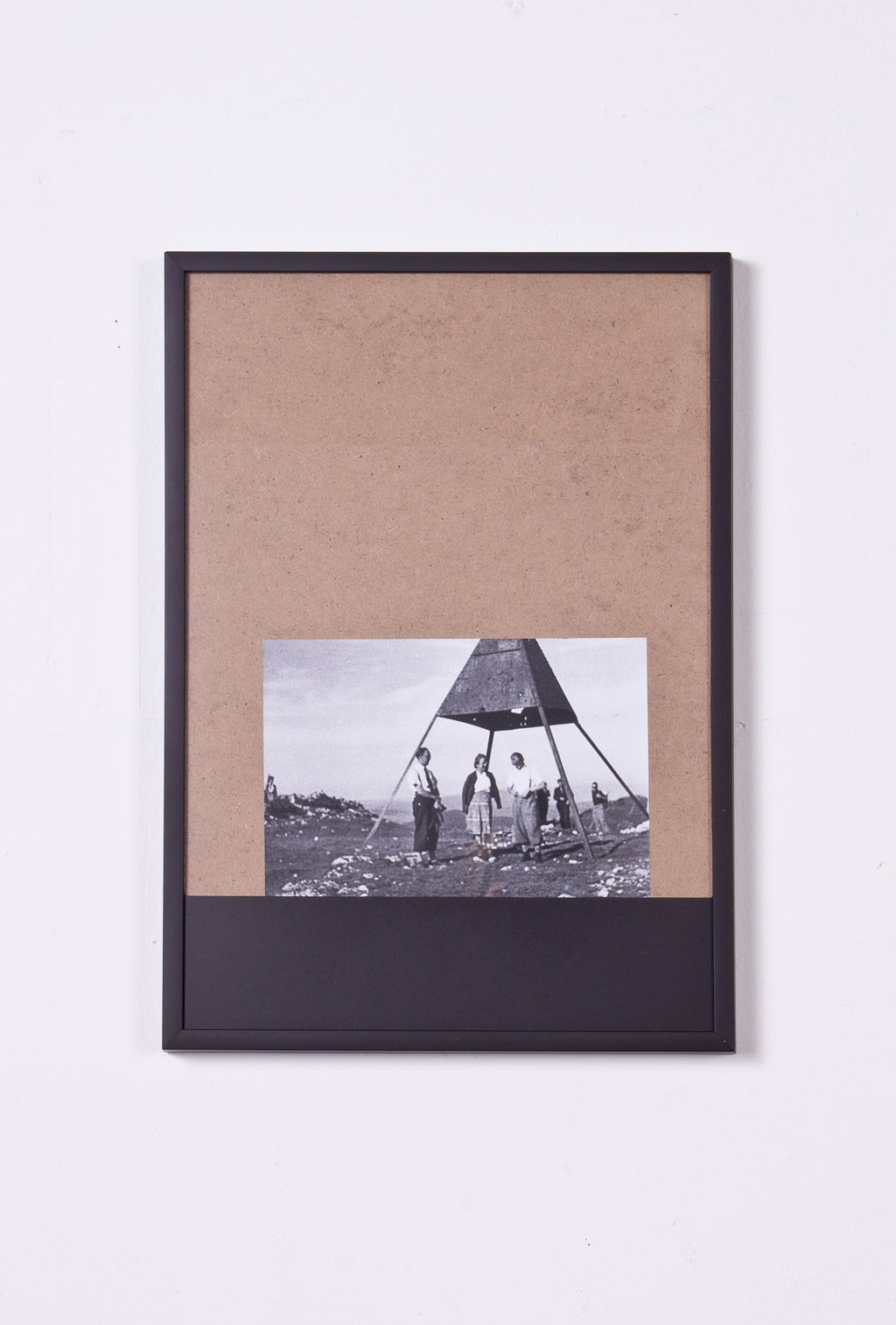 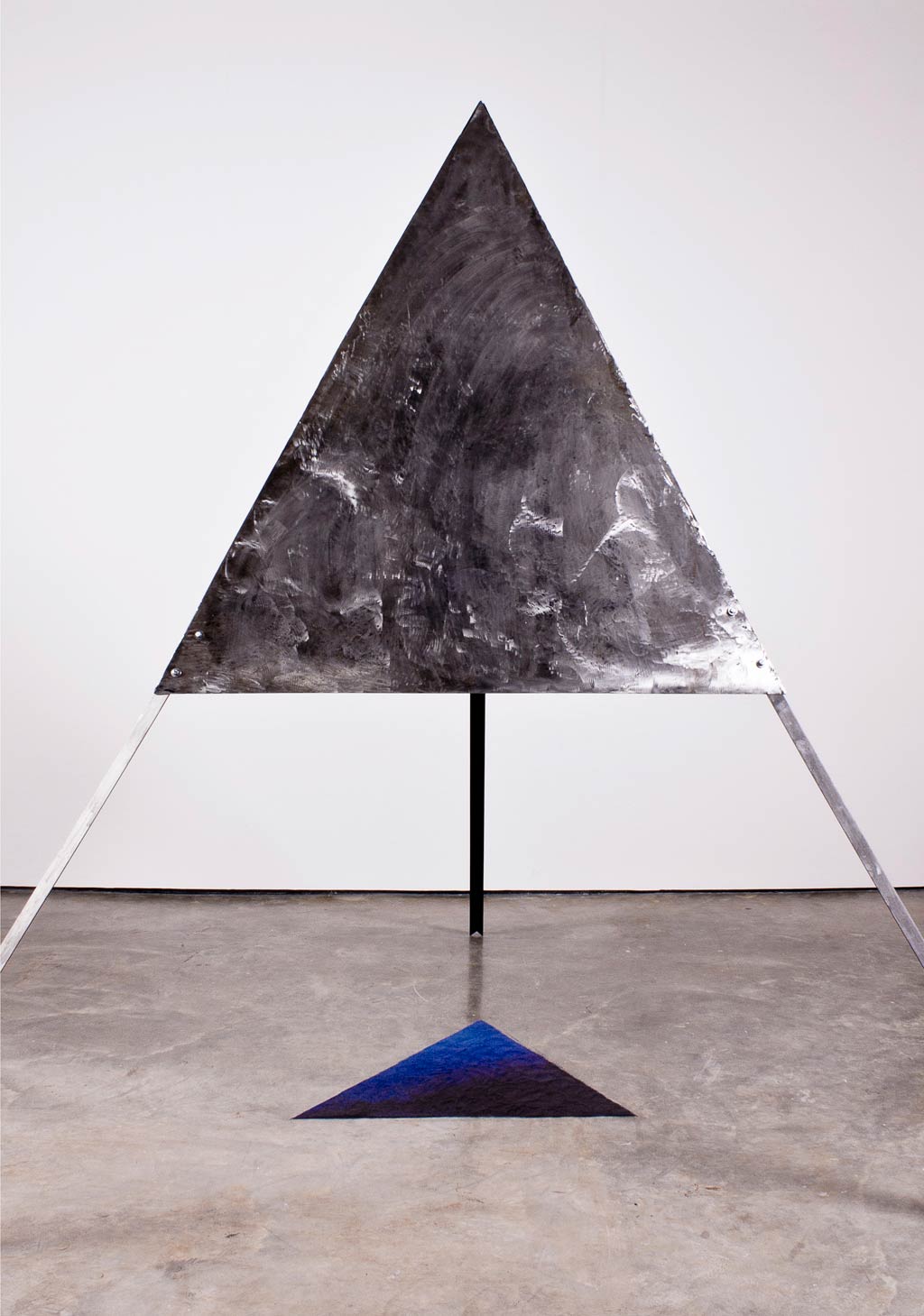 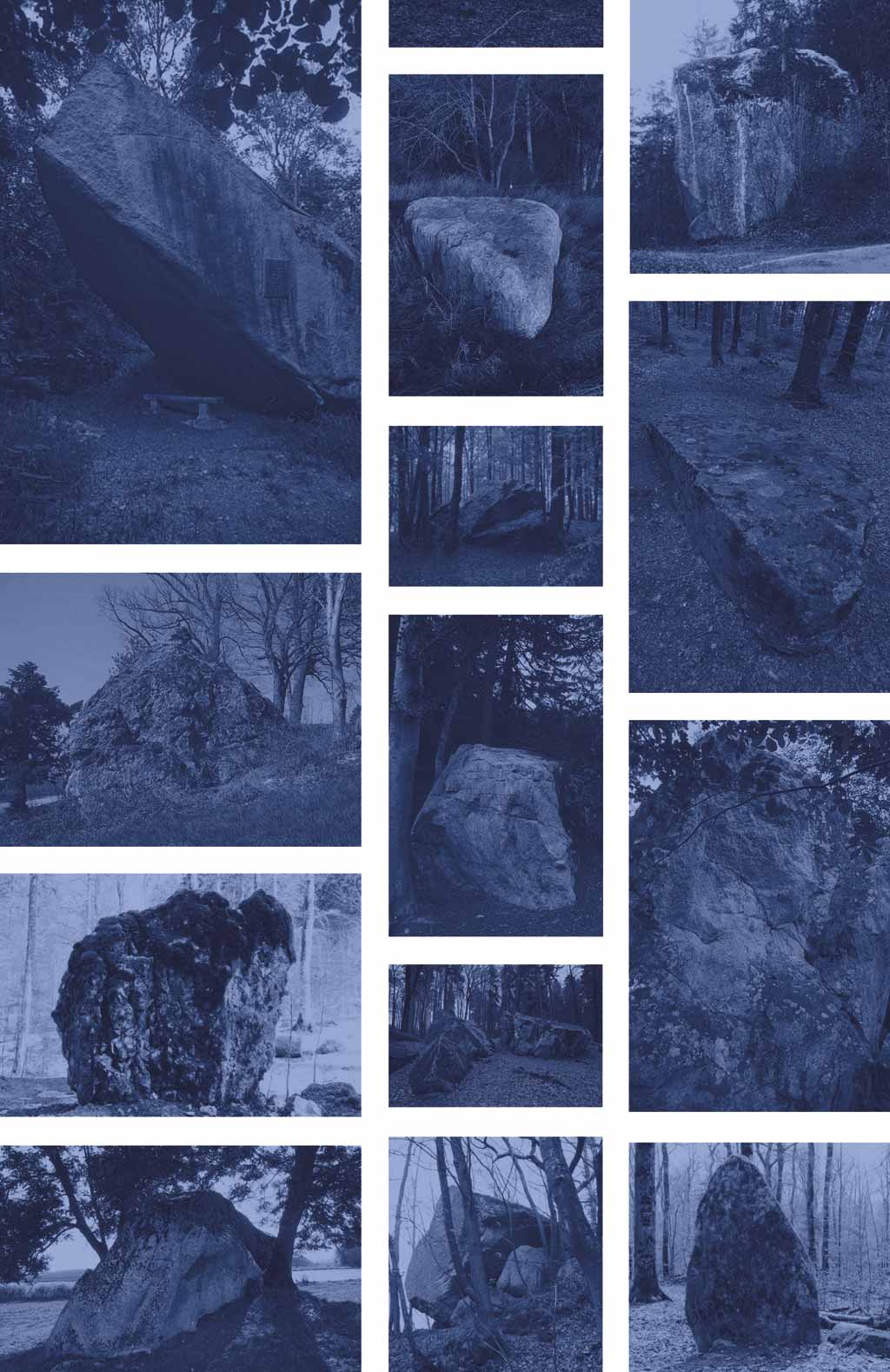 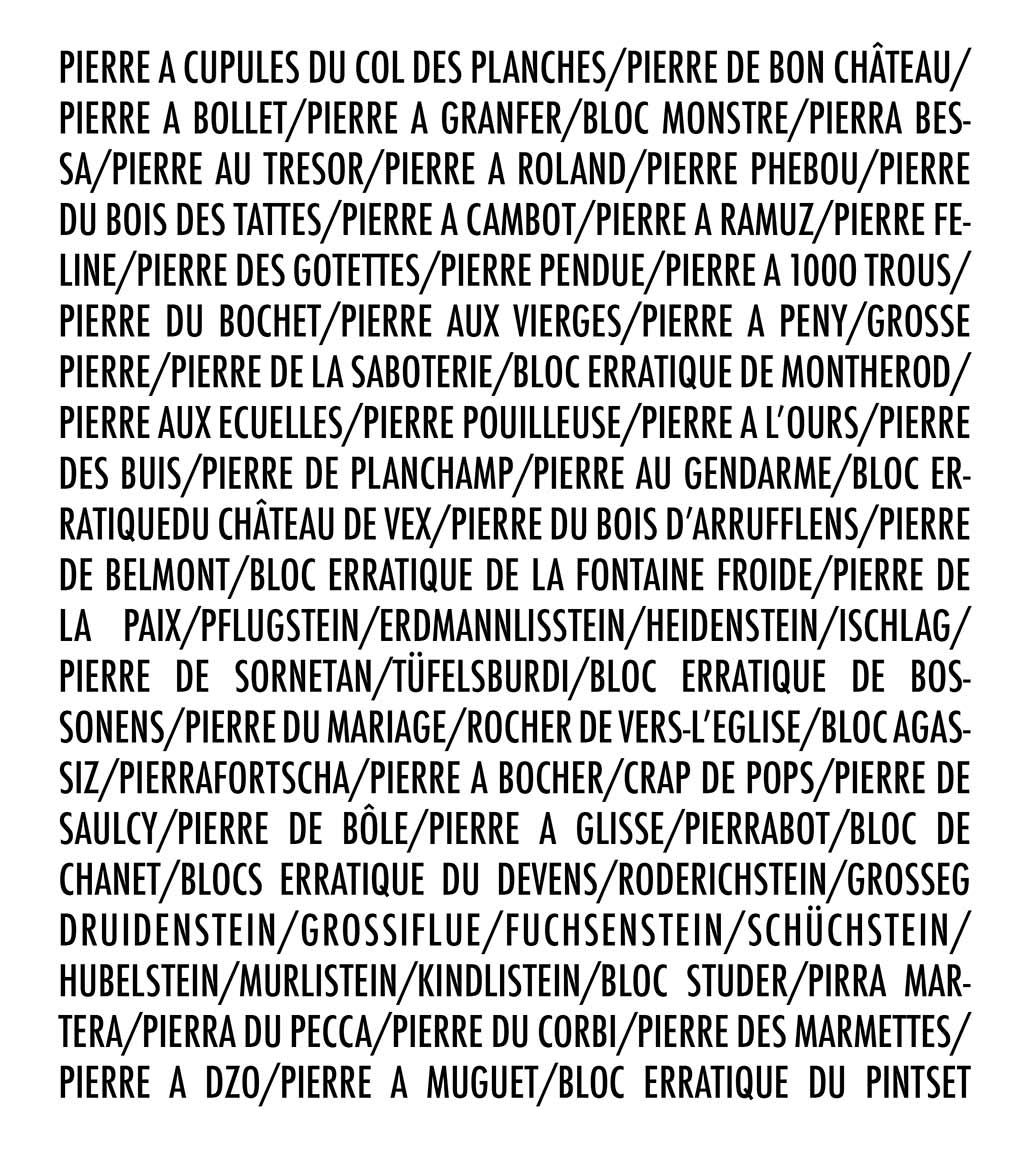 We could all be a measuring point for mountains

Since 1845, Swiss mountains’ tops have been measured taking as reference points the Niton stones in the lake of Geneva. Those two erratic stones, left there by the Rhone glacier during the last glaciation, have been chosen among countless others to be the reference from which to calculate the highs of what is seen as one of Switzerland’s most recognizable and praised aspect.

This work shares an image or the name of the other erratic stones laying on Swiss ground that are not the chosen ones. Would our mountains be less stable with them?