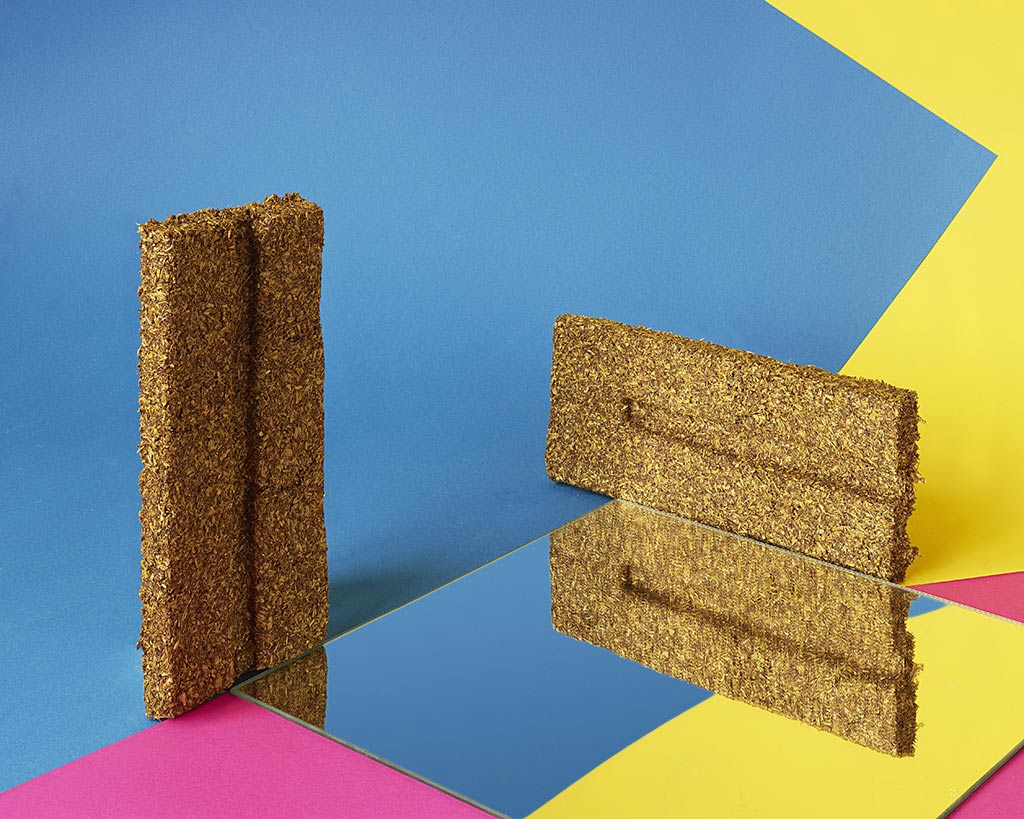 «Wastematter» is a research for innovative material centered around the revaluation of drafts of beer breweries of the city of Lausanne (CH). Combined with organic protein;
the resulting material, with properties similar to plywood, intends to be used for the development of design furnitures.
The draft is the malted residue, which remains in the tank after the initial brewing of the beer
and the racking of the must. Often seen as waste, it is actually rich in protein and fiber, which largely justifies talking about it as a «co-product» of the brewing process. This urban waste is produced per tonne each week by breweries in the city of Lausanne and around the world.
The organic protein is a food byproduct used as an adhesive to bond the fibers. The glue is known to be very strong over a long period of time and is resistant to water. In this material research, the glue is being made using expired food byproducts gathered from local shops. Hence, it is part of a circular operation of recycling food waste. «Wastematter» intends to rehabilitate those two waste in a whole new field: design and furniture.
Beyond its ecological aspect, compressed brewery waste combined with organic glue as a binding component, offer a new feeling and texture, which can be transposed to many fields of application. It can become a local sustainable alternative to particle
boards and plywood.
For further information:
wastematter.ch
info@wastematter.ch