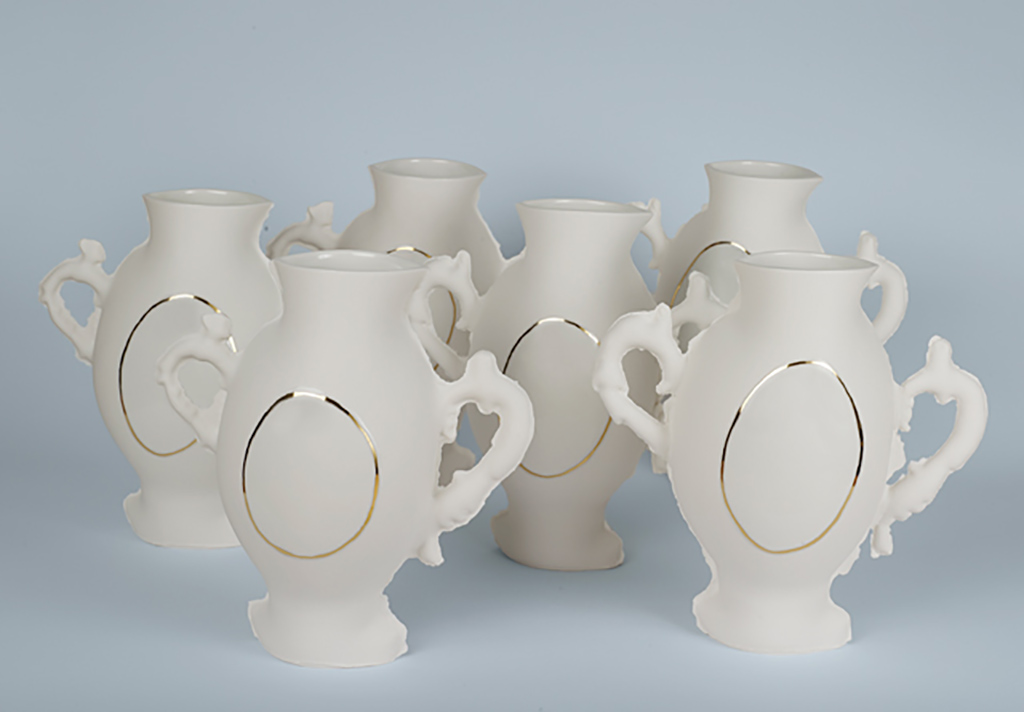 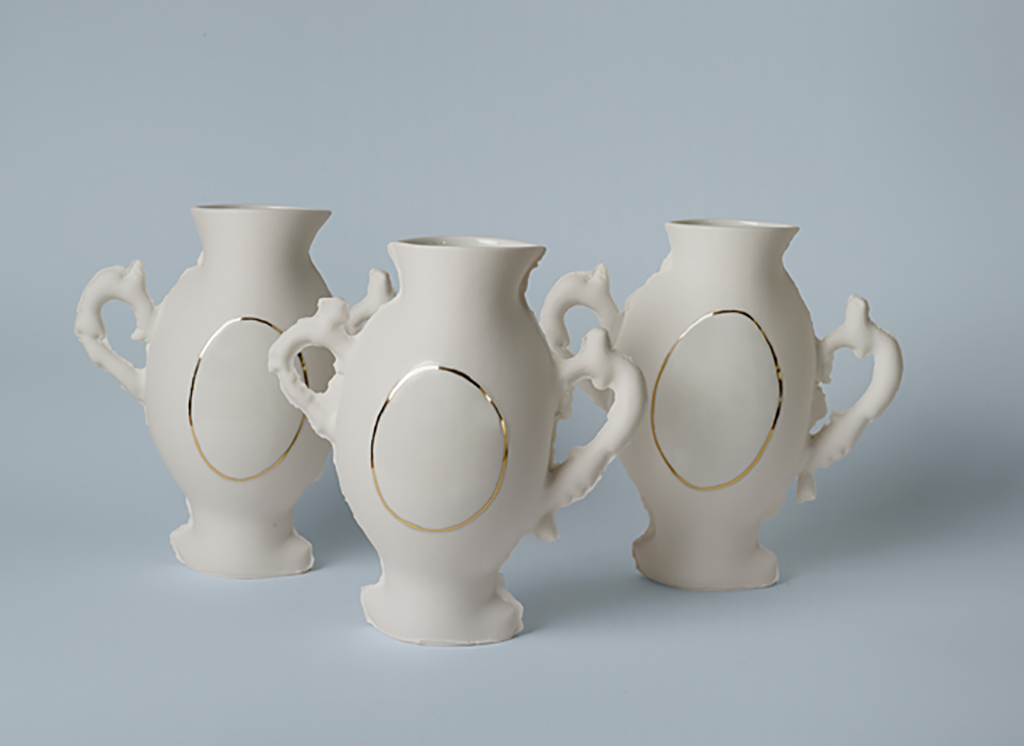 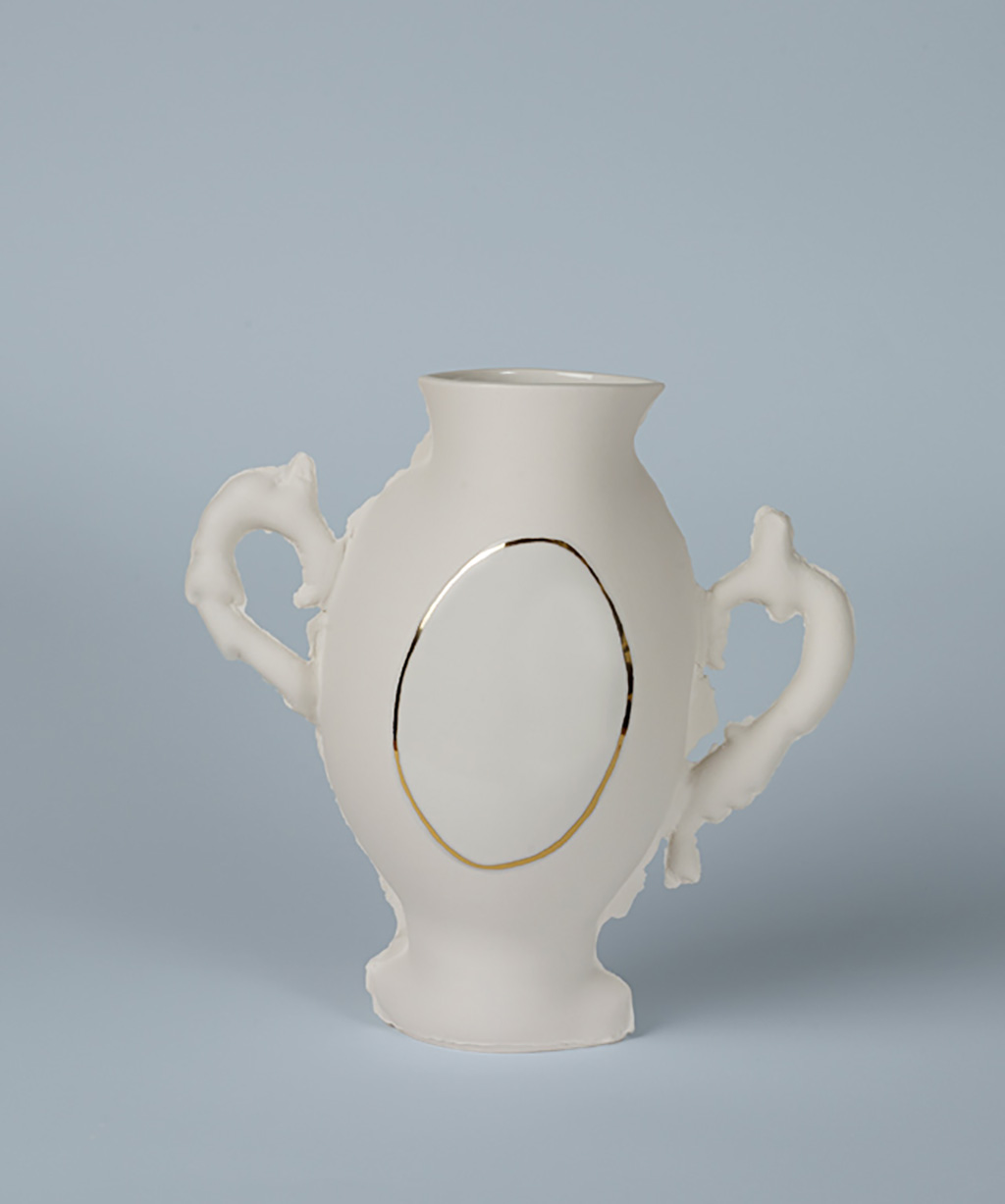 Slip-casted porcelain vases inspired by the major European manufacturers of the 17th, 18th and 19th century. Producing series of exactly same pieces while erasing any traces of the hands involved in the making; manufactures were discarding any object showing the slightest defect.

Parody vases borrow those manufactures’ aesthetic while being a grotesque opposite of the perfection prevailing at that time. Instead of seamless joins, traces of the making are left in bright light, shapes are distorted. The vases are proudly standing up, bloated but not shaking.