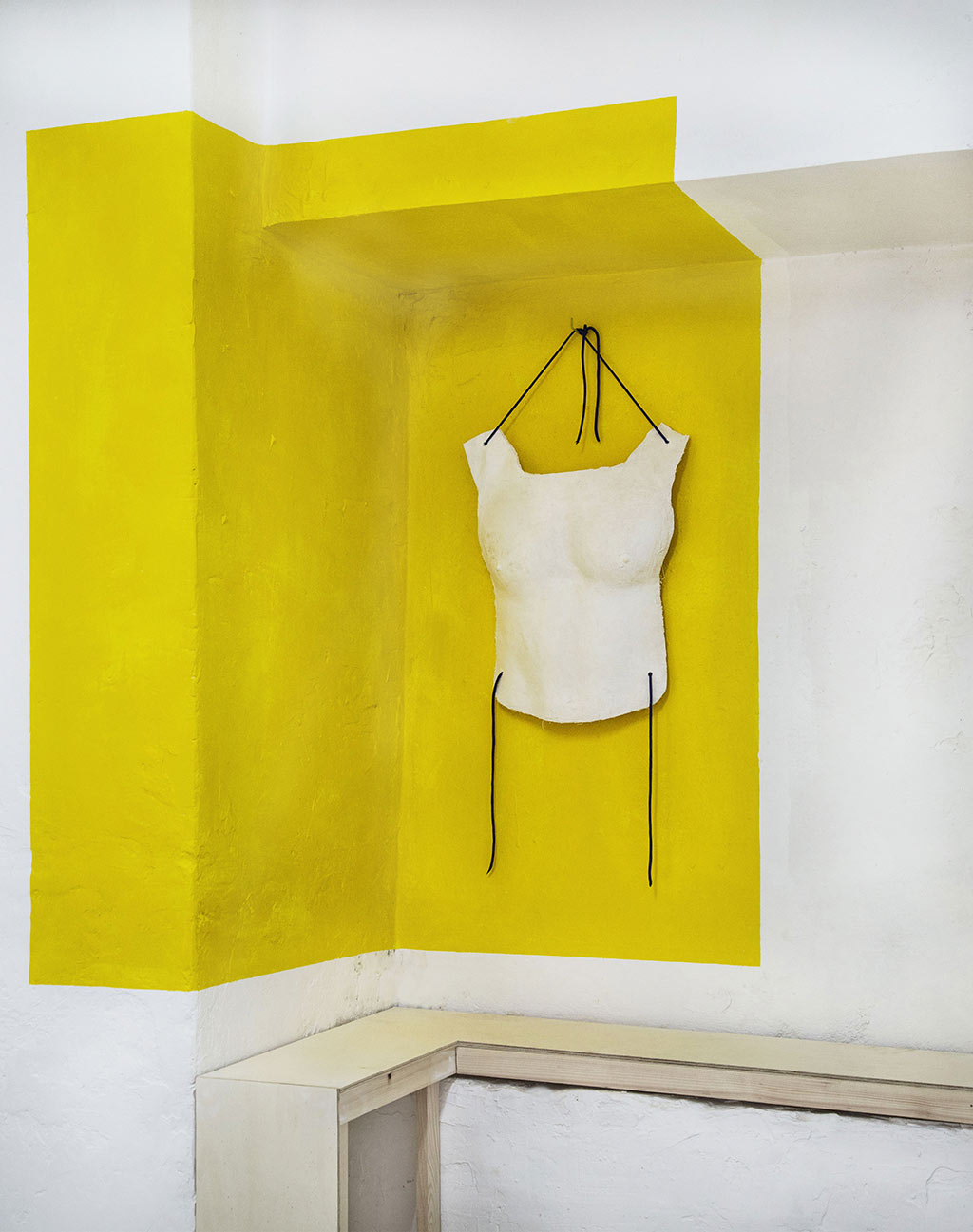 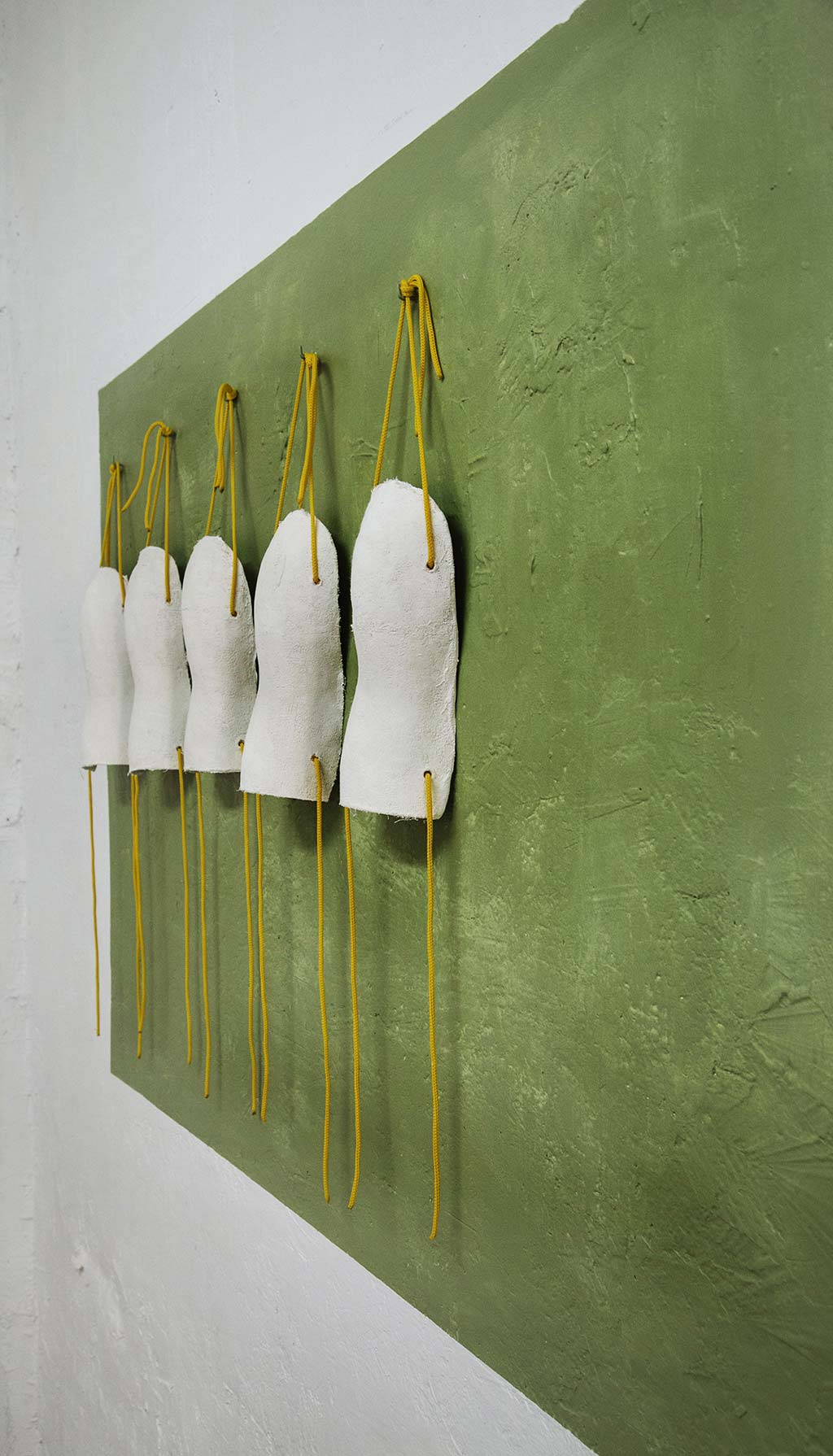 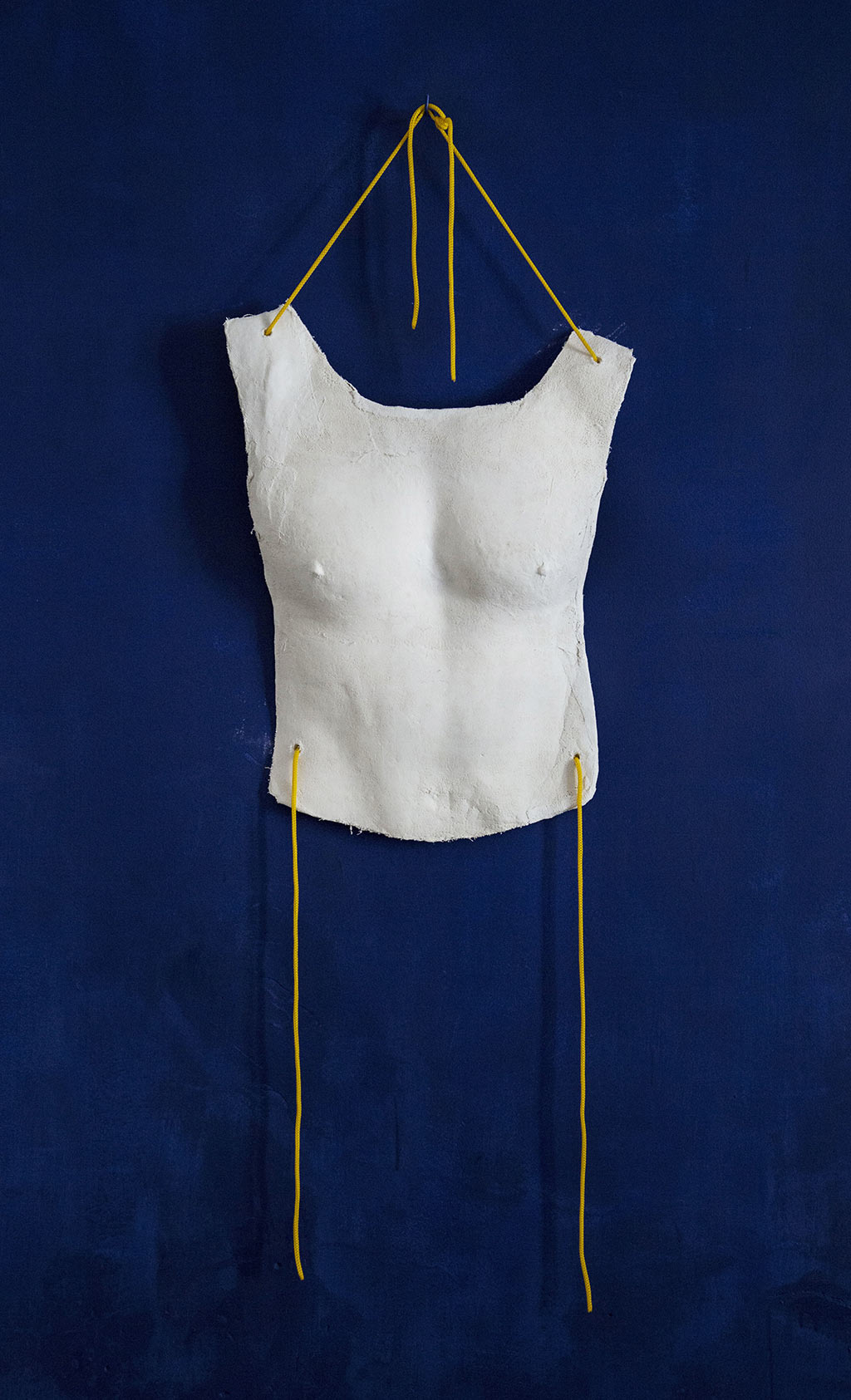 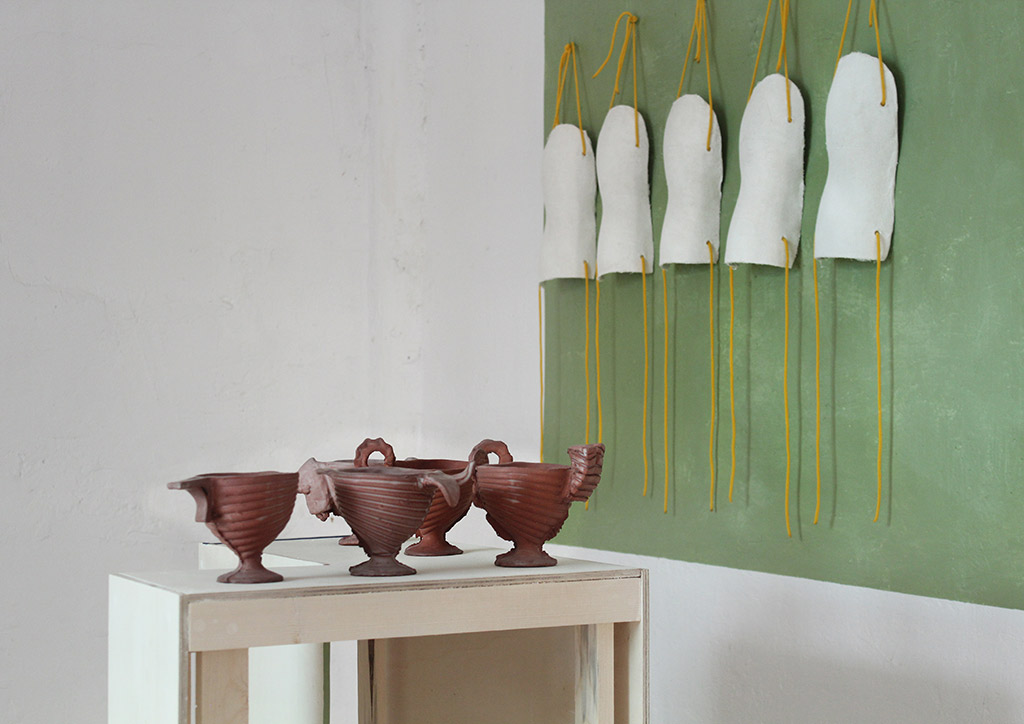 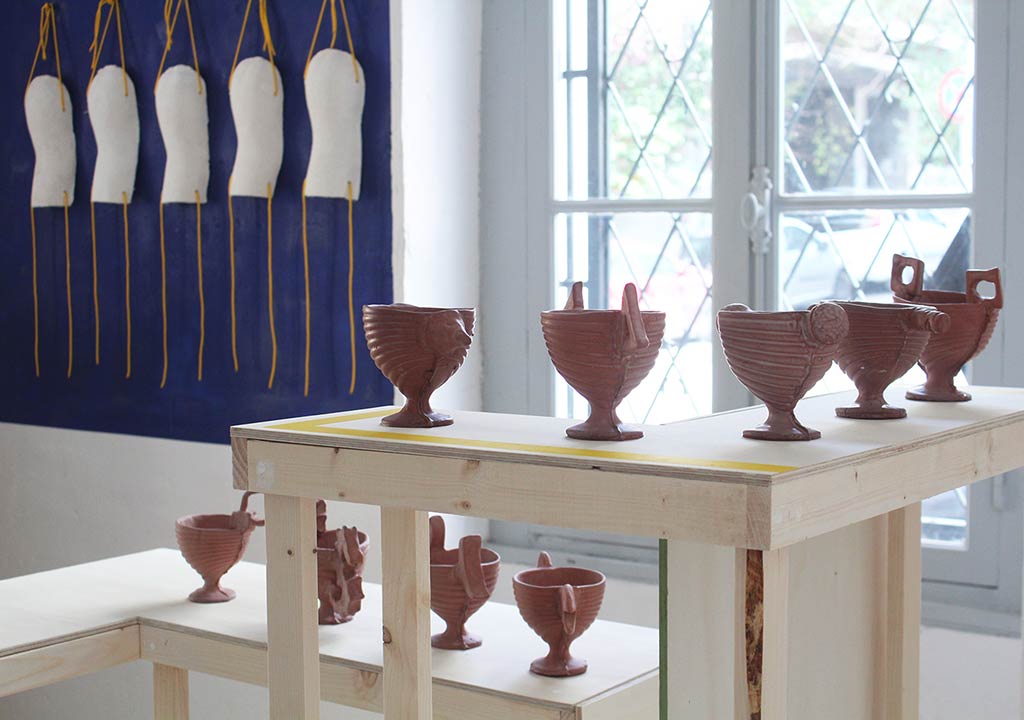 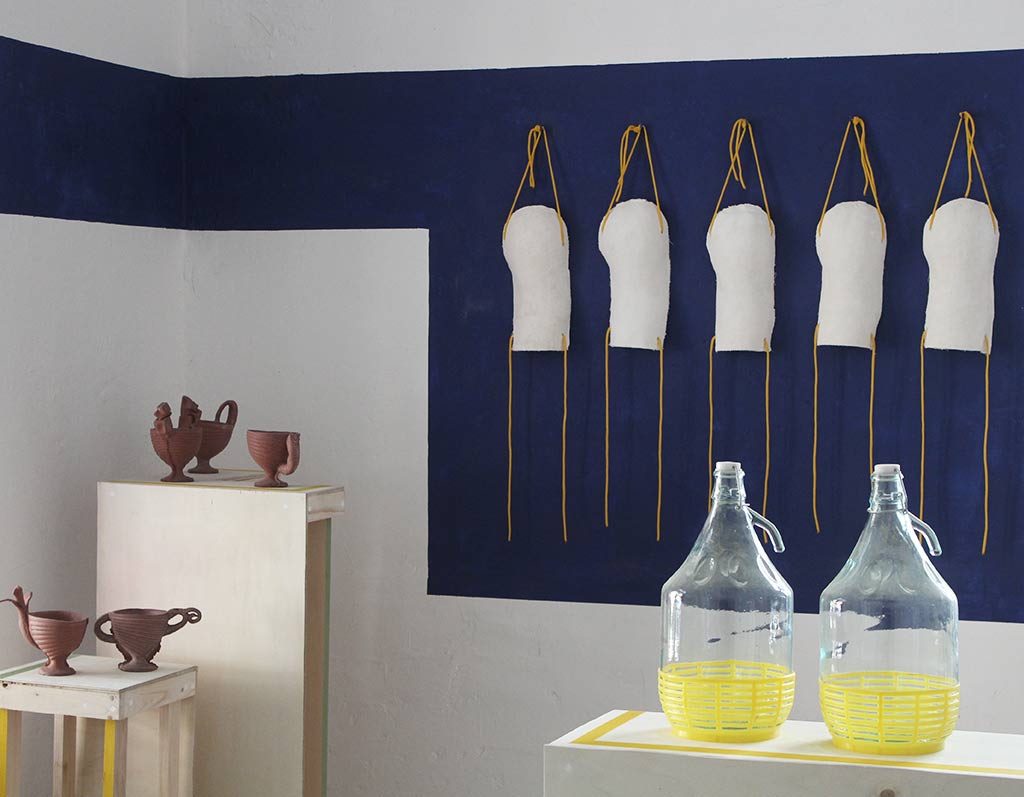 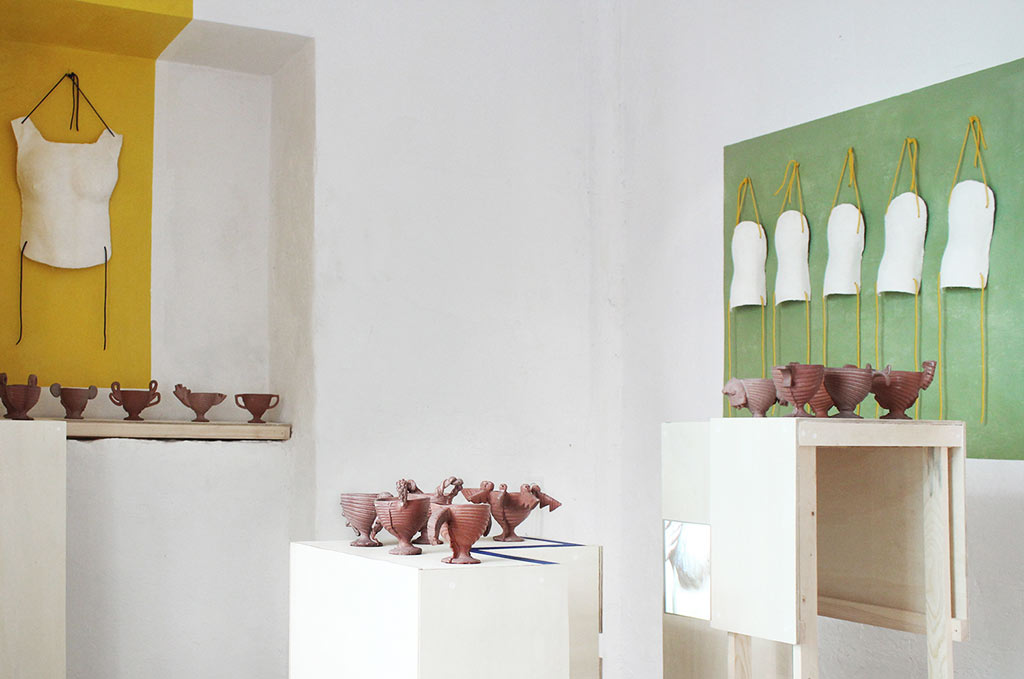 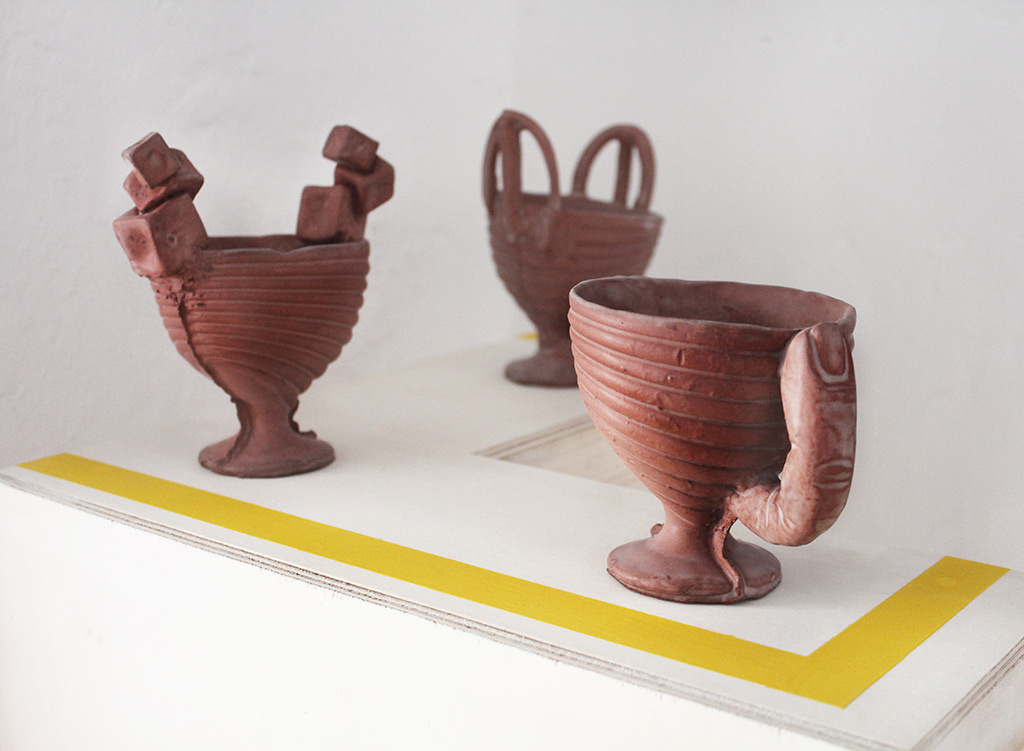 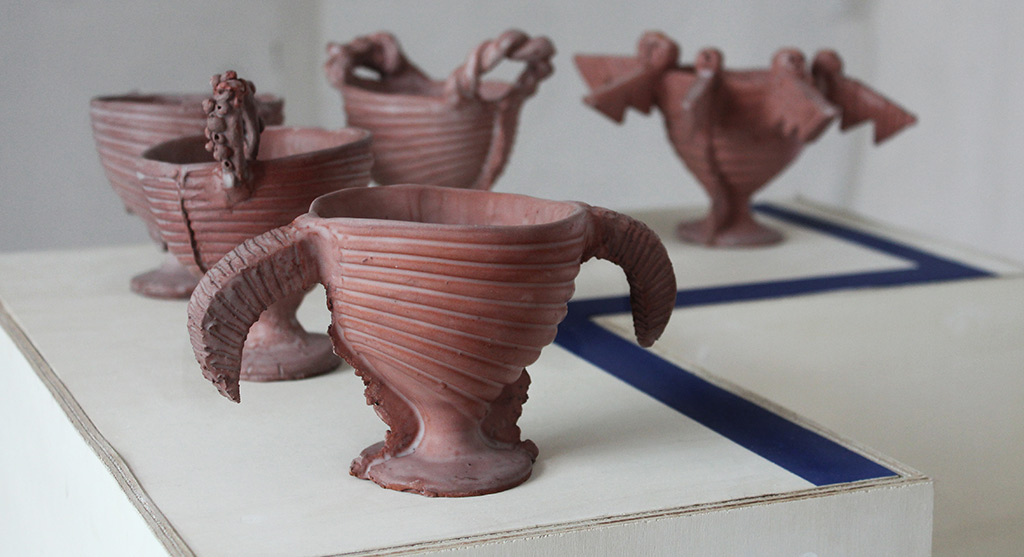 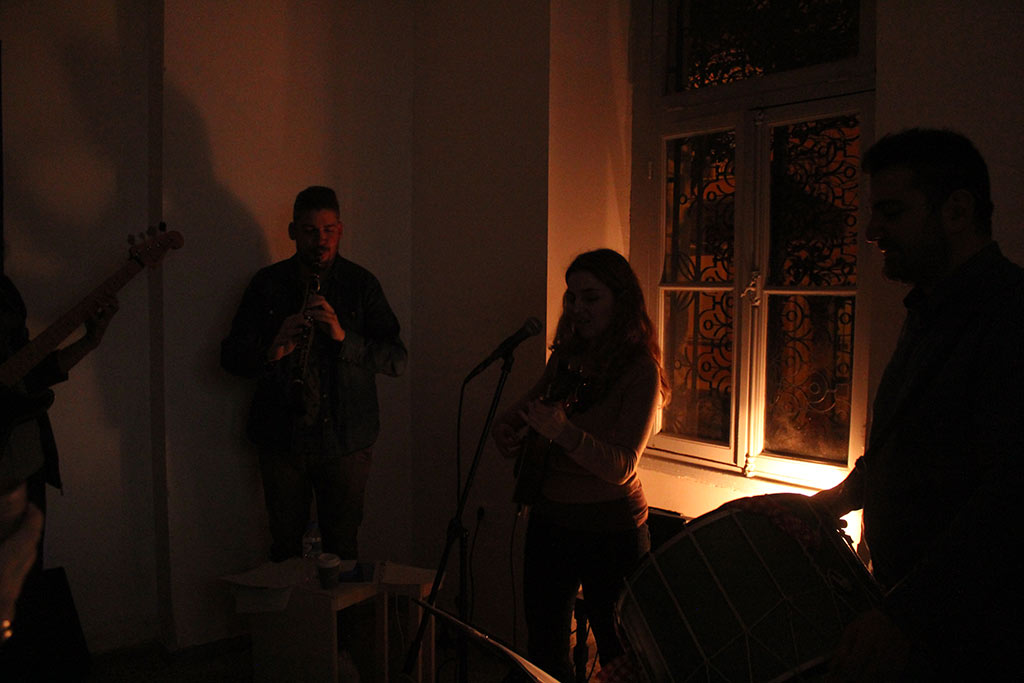 I remember not remembering it very well

«I Remember Not Remembering It Very Well» combines art, design and performance in a one-off event where alternating narratives, rituals and influences are disrupted and blurred; one where different layers of time converge into one another. Held in a house from the beginning of the 20th century that still carries traces of original paintings on its walls, while being partially covered by Chinese drawings left by its subsequent use as an Asiatic restaurant, the place in itself encompasses several pasts.

Anything is a bastard anyhow.

«I Remember Not Remembering It Very Well» explores ideas of ‘authenticity’ and ‘inauthenticity’ through the appropriation of craft, aesthetics and distinct epochs: « The dialectic of authenticity is at the heart of the development of all modern social structure. It is manifest in concerns for ecology, in attacks on what is phony, tacky, in bad taste, mere shows, tawdry and gaudy. These concerns conserve a solidarity at the level of the total society, a collective agreement that reality and truth exist somewhere, and that we ought to be trying to find and refine them »(1). To declare the authenticity of an object or a ritual is to make a judgment and to be in power of making that judgement. It holds as long as there is confidence in the voice speaking, confidence in it telling a kind of truth, an existing reality, confidence in its power.

In an interconnected world, and with the development of cultures in a global economy, the search for ‘authentic’ objects and rituals becomes critical and seems desperately bound toward the past without being able to turn it’s head toward the present or the future: « Authentic experience becomes both elusive and allusive as it is placed beyond the horizon of present lived experience, the beyond in which the antique, the pastoral, the exotic, and other fictive domain are articulated »(2).

One is always between ‘cultural’ borders; we exist across blurred lines. In this respect, objects, narratives and, ultimately lived experience, are born out of this ‘inauthenticity’. The roots of tradition are cut and rebuilt; collective symbols appropriated and mixed with others to create new entities: a pollination where « there is no master narrative that can reconcile the tragic and comic plots of global cultural history »(3). The almost impossible task of discerning any underlying ‘authenticity’ in objects or rituals does not lead to everything being united or to the erasure of local particularities; rather, it brings into light two kinds of co-existing metanarratives: « one of homogenization, the other of emergence, one of loss, the other of invention, each undermining the other’s claim to tell the «whole story», each denying the other’s privilege »(4).

Cultural or artistic «authenticity» has much to do with the present, with how it deals or reconstitutes objects from the past, with the story that continues to develop, either by re-appropriating a traditional way of making, or by using old artefacts, rituals in unforeseen manners. Hence emerges an idea of singularities and particularities, intrinsically linked with the fact that artefacts and rituals are at the crossroads of different worlds which go through them and endlessly constitute and re- constitute them.

«I Remember Not Remembering It Very Well» aims to amplify the idea of ‘cycles’ and continuous ‘sequences’ through which every man-made object, element or ritual goes; a continuous process of transformation / transition / evolution. There is no bigger picture here. Instead, an interrogation of the potentials triggered by the presented juxtapositions of time periods, material processes and thoughts. Cultural values oscillate between notions of ‘artificiality’ and ‘authenticity’ in order to forbid time to swallow and reduce everything to dust; building memory and meanings as a kind of ‘making’, in order not to forget.

Ceramic cups were made with the contribution of artists, children, neighbors and various dreamers during a previous workshop held at A-DASH Project Space.